Chimpanzees engage in politics every day. Creating coalitions, forging bonds, bluffing, liaising and networking are all crucial tasks for any chimpanzee to maintain harmony in their group. Because whoever proves to be the best politician ends up highest on the social ladder. When the animals cannot focus on their tasks, that distraction results in a lower place in the ranking. This is apparent from more than three decades of observations and scientific research on great apes in nature and in ZOO Antwerp and ZOO Planckendael. It is therefore extremely important to understand how the political world of chimpanzees works and to emphasize that the animals should be able to focus on their own society.

THANKS TO MOTHERS AND BLUFPOKER

For more than thirty years, ZOO Antwerp and ZOO Planckendael have been conducting extensive research into the behavior of great apes in general, and into chimpanzees, bonobos and gorillas in particular. Not only within the enclosures of its own parks, scientists are currently working to study and map the social relationships in chimpanzees and bonobos. ZOO Antwerp also observes great apes and their mutual relationships in other zoos worldwide and in nature. This provides well-founded information that is invaluable for compiling populations in zoos as well as possible.

For example, we know that chimpanzees live in groups with several males and females, sometimes with dozens of animals together. “Obviously, young of both sexes are born in such a community. But your life course looks different when you are a female or a male," says Linda Van Elsacker, zoological director of ZOO Antwerp and ZOO Planckendael. After all, the women leave their birth group to avoid inbreeding when they are young adults. The men, on the other hand, stay with their mothers. In nature, the males in a chimpanzee community are often relatives, who together defend the territory of the entire group.

"'Bluffing', 'forming coalitions' but also maintaining 'networks' and 'diplomatic relations'. These are all tactics that help chimpanzees to fit well in the group and create harmony.”

The male chimpanzees compete amongst eachother for the highest place in the hierarchy, the alpha position. The reason for this is clear: only in this way do they gain access to the fertile females in order to take care of their offspring in turn. “They change position on the hierarchical ladder in two ways. On the one hand, their mother - and her status in the group - plays an important role. Since the boys stay with her, they benefit from or or are negatively impacted by their mother's higher or lower rank. On the other hand, all chimpanzees engage in an impressive feat of politics. 'Bluffing', 'forming coalitions', but also 'networking' and maintaining 'diplomatic relations': these are all tactics that help to fit well in the group and ensure harmony. This is such a fascinating and intriguing system that books were published about it as early as the 1980s, for example by primatologist Frans De Waal with the roaring title 'Chimpanzee Politics'."

In the chimpanzee community in ZOO Antwerp, the mother's influence on the status in the group disappears. At the moment there are almost no blood relations in the group of six men and five women, with the exception of two sisters. That means, each chimpanzee can only use his or her political skills to fit well in the group and forge close bonds.

“The quality of those relationships depends on the time you invest in them as an individual. This is true for humans, but certainly also for chimpanzees. The great apes must first and foremost be continuously building and strengthening their own relationships. They do this, for example, by picking fleas or sharing food with each other. There is also a second important factor at play. Every chimpanzee monitors the relationships between other individuals. Who makes room for whom? Who shares food with whom? Who fleas who? And are they also being picked themselves? Who has the biggest nest? Who has to scrape up the leftovers? For example, it can be useful to be friends with an animal that itself has a good relationship with the highest in rank. By discovering the political structures, they know who best to keep as friends or how they can improve their position”, says Van Elsacker.

Time to get to work, it seems. Because every day a chimpanzee has a lot of political tasks on the agenda. “Participating in the chimpanzee community is very important. When disputes or misunderstandings arise in a group of great apes, the animals must be able to use these relationships. At such moments it is important to have a good relationship with other members of the species so as not to take the brunt and be able to lick the wounds. Fortunately, we often see positive interactions when chimpanzees have a good feeling with the group. Then they perfectly pick up signals from partners who want to count on them during an argument, for example. Some animals are really inseparable because of this. Then the system in their society is in harmony.”

ARRIVED WITH BOTH A METAPHORICAL AND AN ACTUAL BACKPACK

The misfit in this story is chimpanzee Chita. He is now in his early forties, and he arrived as an adolescent in ZOO Antwerp together with his human foster parents who wanted to give him up to the zoo, because it was no longer feasible to keep him in their home. “At that time, Chita came with a backpack - both a metaphorical one and a real one,” Van Elsacker recalls. “In a bag was his cutlery, his toothbrush, his yogurt for the evening, his toilet bowl. Chita had lived such a sophisticated life in the human family until then. He also carried this difficult background with him in his metaphorical backpack: he had never had the chance to be a chimpanzee during his formative early years.”

So Chita had to learn to become a monkey among the monkeys. “But that is of course difficult if you end up in such a society as a stranger. He had no manual for this, no experience, no protective mother or brothers. If we as researchers can recognize the character traits of our chimpanzees through observations of calls, gestures and facial expressions, then such intelligent animals that spend day in and day out with each other can also discover this together, of course. The other chimpanzees also notice that Chita is different. He had to find his place by trial and error. We are pleased that he has managed to hold his own after all these years,” explains Van Elsacker.

However, there is one thing Chita continues to struggle with, which is the temptation to hang out with people. “That's very understandable when you look at his history, but it's a particularly big hurdle in his chimpanzee life among the chimpanzees. The fact that our great apes occasionally look at the world outside their habitat is not a problem, it can even be enriching and provide distraction. But the attraction to the outside world should not take over, because then the chimpanzees participate too little in the society of the chimpanzees. That behavior places him at the very lowest level of the social hierarchy in the group.”

"A fascinating visit to our great apes does not stand or fall by making contact. It's really interesting to take a step back and see how they interact with each other!”

What is completely undesirable is that opportunities for forging connections are created outside the chimpanzee community. “Every time a human interacts with a chimpanzee, it distracts him or her from what's going on. And that does have an impact, because in this way the animal can miss signals from the group. After all, the animals are then no longer busy with their core task: forming a social unit. As a chimpanzee, you cannot count on that connection from the outside when a problem arises in society. Because the visitors come and go, but the chimpanzees live together 24/7. In short: if a chimpanzee starts forging links with someone from outside, then he or she has invested in a wrong relationship. We have to protect Chita from that!”

In a zoo, visitors are naturally invited to look at the animals. "That could also be an enrichment for the great apes to a certain extent, in addition to all the other activities we already provide for them," confirms the zoological director. “We definitely recommend visiting our great apes and learning about the animals on site. But always be aware that your role lies outside chimpanzee society.”

That is why ZOO Antwerp explicitly advises visitors not to interact with the great apes, not even when a chimpanzee may comes to them themselves. For example, the zoo, in collaboration with visitors, is doing everything it can to ensure that animal welfare in animal society runs as smoothly as possible. “A fascinating visit to our great apes does not depend on eye contact or interaction between humans and animals. If you take a little bit of distance to discover how the chimpanzees live together and what subtle interactions take place between them, you get to see so many interesting moments. That is actually what should fascinate us above all: how the chimpanzees relate to each other in their (social) lives”, concludes Van Elsacker. 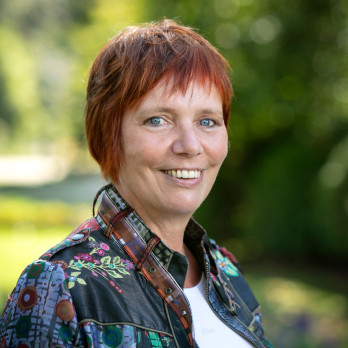