Look, our vultures are flying!

In the summer of 2019, two Eurasian black vultures from Planckendael ZOO were released in Bulgaria. After a month of living on an artificial nest, they recently spread their wings for the first time and took to the Bulgarian skies. The idea is that they will start breeding themselves within the next four years or so and thus help the population to grow. As a species, Eurasian black vultures are critically endangered. With these and earlier reintroductions in Spain, France and Bulgaria, Antwerp ZOO & Planckendael ZOO, in collaboration with various environmental protection organisations, are working to restore the population in its original distribution area of southern Europe. Over the years hunting and poisoning, among other things, had caused Eurasian black vultures to disappear from here altogether. Nestlings raised in zoos are transported to a release site about one month before they are due to fledge, and placed on an artificial nest. They are subsequently monitored from a distance. Young birds play a crucial role in this reintroduction strategy as they grow attached to a particular place more easily, which they then consider their birthplace so stay very true to it.

Considerable investments have been made since Planckendael ZOO assumed responsibility for the Eurasian black vulture breeding programme, in 1998. Studies were set up to investigate why the birds are so difficult to breed. In 2005 Planckendael ZOO opened a dating aviary where young birds from all over Europe could quietly get to know each other and select their own partner. Eurasian black vultures are decidedly fussy when it comes to their choice of partner. That is why successfully matching breeding pairs, with good breeding results, is such an advanced expertise. They are monitored by our researchers and, as of 2018, if two birds show signs of really being interested in each other they are taken together, as a couple, to the separate Breeding Centre at Planckendael ZOO, where they can bond more closely as a pair.

This proved very successful in May 2019. Planckendael ZOO managed to hatch three fertile eggs. In addition, another chick was adopted from France. Read all about this unique adoption story here. Of these four young raised in the Breeding Centre, the two males - our own chick Ultron and the adopted Barnabé - were released into the wild in Bulgaria in early August 2019.

A reintroduction demands careful preparation. First and foremost, the birds must be in optimum condition. Before being flown to the reintroduction site in Bulgaria, they must undergo a thorough medical examination. Their eyes, beaks and feet are checked. They are weighed and checked for parasites. To enable genetic testing of the DNA at a later date, the veterinary surgeon also takes a blood sample. The birds are taken from their nest when they are three months old.  By then they can feed themselves and have grown less dependent on their parents. They are transported in dark chests. In a stress situation, young vultures automatically lie down flat. "We take advantage of this behaviour when we transport the birds. Young birds stay calm and are less likely to get stressed", explains Marleen Huyghe, Curator of Birds, Antwerp ZOO & Planckendael ZOO and Coordinator of the European breeding programme. Once in Bulgaria, the young are given a new home together on an artificial nest in Kotel, a rural area in eastern Bulgaria. They will stay there for a month and grow accustomed to their new environment. This increases the chance of them displaying philopatric behaviour; staying there to later breed there. As these young birds’ instincts are still developing, they are much better able to adapt to their new environment than older birds. They are placed on the artificial nest before they have learned to fly, which they will not do until they are four months old.

Both birds have some of their feathers bleached so that they can easily be identified when in flight. More importantly, they are each fitted with a satellite transmitter, incorporated in a kind of harness, so that they can be monitored as soon as they fledge. The transmitter is solar charged. "Should either of the birds get into any difficulty, we can send a team out to check on the situation, straight away”, Huyghe explains.

As these young birds’ instincts are still developing, they are better able to adapt to their new environment than older birds.

As there is a shortage of females in the breeding programme right now, two males have been released this time. The three vultures released in Bulgaria last year were females, though. They came from Czech and Latvian zoos. So now both sexes are well represented in the region. The aim is to release up to fifty birds in all. That would be a strong enough basis for the population to grow naturally. "We hope that our birds will start to breed here in about four years’ time. Kotel is relatively close to Greece, where there is another population of Eurasian black vultures. The other populations, however, are in France and Spain. Our aim is to gradually create a bridge to enable the two isolated populations to find each other again." Ultron & Barnabé fledged from their artificial nest and took their first flights at the end of August.

We hope that our birds will start to breed here in about four years’ time.

The work doesn't end with the reintroduction of the birds. Our research department, the Centre for Research and Conservation (CRC), genetically monitors the reintroduced populations - including those released in previous years - closely and seeks continuously to identify factors that could positively influence the breeding success of breeding pairs in captivity. 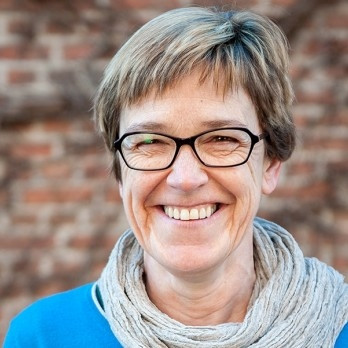