Getting on with the neighbours

As modern, progressive zoos, Antwerp ZOO and Planckendael ZOO often exchange animals with other zoos, especially with members of the European Association of Zoos and Aquaria (EAZA). These exchanges often take place within the framework of the EEP breeding programmes, intended to maintain genetically healthy populations.  Exchanges also often aim to maintain a more natural balance in particular animal groups. It was for that reason that Antwerp ZOO received three older female chimpanzees from German zoos, in October 2019. "Such introductions require careful consideration. You can't just put animals together", explains Matthias Papies, Curator of Mammals at Antwerp ZOO & Planckendael ZOO. "Besides genetics, we also consider the animals' age, gender and characters. It nevertheless remains unpredictable quite how they will react in a new group. We know in theory; it depends on the biology of the species. For a chimpanzee that is obviously very different to a giraffe, a zebra, a lion or a tiger, for instance. That is why introductions always take place at the animal's own pace."

One of the most important functions of modern zoos is to contribute to conservation. Breeding programmes for endangered species are one of the ways this is achieved. The animals born in captivity are sometimes used to boost populations in the wild but, in most cases, the aim of these programmes is to create a sustainable back-up population, or Noah's Ark, should the fortunes of the wild population really take a turn for the worse. In the same way that you make a back-up of your computer files. You hope you'll never need them but if your computer crashes, you're glad you have them. A second objective is to use these populations for educational purposes, to raise funds for conservation programmes and for scientific research. Breeding programmes are therefore set up not only for endangered species but also for species which are of great importance for their educational value and which, without intensive management, are at risk of disappearing from zoo collections. International collaboration and close coordination is crucial to this objective. An individual zoo cannot set up its own breeding programme. This is always done in collaboration with other zoos; in our case, with fellow members of the European Association of Zoos and Aquaria (EAZA). No money is ever paid for animals exchanged between EAZA  members. "Transparency about that is a very important pillar of any modern zoo. The animals have an inherent value of conservation, so no money is involved. It was for that reason that EAZA was set up in the 1980s . Antwerp ZOO was one of the founding members", Papies says.

HOW EXACTLY DO INTRODUCTIONS TAKE PLACE?

"We don't just put the animals together. Several factors must be considered before a new recommendation is made to bring an animal here or to send one elsewhere." The EEP breeding programme always has a coordinator, assisted by a specialised Species Committee. They examine the genetic characteristics of the animal leaving the zoo or of the animals in the zoo where a new animal is to be introduced. "Will these animals get along? The demographics i.e. the age and make-up of the group are taken into consideration.

The genetics of the German chimpanzees were not specifically examined as Antwerp Zoo does not intend to use the older females for breeding. "We did consider which type of females would fit in with our group”, Papies continues. "As our group is already a little older, we chose to bring in older females from another zoo to restore the balance in our group, which consisted of two females and five males. When we heard that two other EAZA zoos, in Wuppertal and Nordhorn, planned to stop keeping chimpanzees, because their enclosures no longer meet the current housing standards for chimpanzees, we agreed to move two females from Nordhorn and one from Wuppertal to Antwerp ZOO and to introduce them to our group here. In addition, those two zoos only had two chimpanzees each."

Another factor to consider is the location; we seek to minimise avoidable stress to the animals by not moving them from one side of Europe to the other. "As chimpanzees are rather complicated animals, in terms of social behaviour and characteristics, we specifically chose to send some of our staff out to them prior to transportation, as we do with gorillas and elephants. We have a good team of keepers who will look after the animals. They will also monitor the introduction. That is why keepers travelled to Wuppertal and Nordhorn to spend the first two days getting to know the animals there. Keepers from the German zoos subsequently travelled with the chimps to monitor their acclimatization during the first few days here."

Advisers from the chimpanzee breeding programme are also consulted. Introducing any new animals in a zoo, and especially chimpanzees, is obviously a very slow process and always at the animals’ own pace. First contact will often be visual only, through a window. When females change groups in the wild, their integration is also always a very lengthy process.

WHAT IMPACT DO THE INTRODUCTIONS HAVE?

Introductions always require careful consideration and thoughts may change during the introduction, depending on the situation. It nevertheless remains unpredictable how the animals will react. That is why introductions always take place at the animal's own pace. We know in theory; it depends on the biology of the species. For a chimpanzee, that is obviously very different to a giraffe, a zebra, a lion or a tiger. "With animals of prey, especially if you want to put males in with females. it's often best to wait until the female is in season as the male will then be more likely to be friendly to the female and vice versa. These are all things you have to consider carefully in advance." 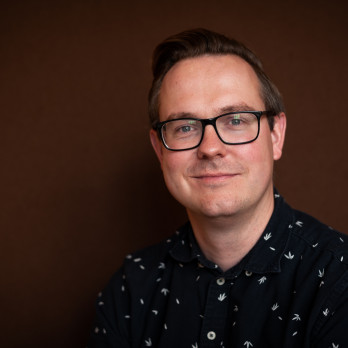