The truth about Sulawesi

Researchers from Antwerp ZOO and Planckendael ZOO have proven that genetic research of animal populations can also help solve geological puzzles. The researchers were able to identify the origins of the three largest mammals on the Indonesian island of Suwalesi based on DNA analysis of over a thousand samples from zoos, museums and populations in the wild. This led them to deduce that the island is actually much younger than originally thought. Some three to four million years ago just the central part of the island was above water; it was only two million years ago that the rest of the island was formed. The study was revolutionary and possible thanks to the multidisciplinary collaboration between biologists and geologists. Genetics enabled researchers to draw biologically-based conclusions about the geology of the area.

Biologists and geologists have been intrigued by the natural history of Sulawesi for a very long time. The island is part of Wallacea, the archipelago in the middle of Indonesia named after the British naturalist Alfred Russel Wallace. This contemporary of Charles Darwin observed that in terms of biodiversity these islands differed significantly from the more western Indonesian islands, such as Java and Bali. Despite the relatively short distance between them. This led him to suspect some kind of mechanism that had long kept Wallacea isolated from the other islands. The theory of continental drift had yet to be conceived.

Today, Wallacea is known to lie on a tectonic plate boundary. Indeed, it was plate tectonics that caused the formation of the island. Fluctuating sea levels defined the shape of the island and consequently also the genetic diversity and structure. The seabed was so extremely deep that even during the last ice age, when sea levels were particularly low, there were no land bridges with the surrounding islands. For millions of years, colonisation of the island was only possible by air or water. Sulawesi, the largest island of Wallacea, consequently has very few land animals.

Due to its long isolation, Sulawesi is teeming with endemic species, species that are native to one particular place. At least 61 of the 63 non-flying mammals on Sulawesi are not found anywhere else in the world. The island is home to just three large mammals: babirusa (or deer-pigs), anoa (or midget buffelo) and Suwalesi warty pigs. They are unique to the island and are even part of its cultural history: the three hoofed animals appear on rock paintings by prehistoric islanders.

HOW DID THE PROJECT WORK EXACTLY?

The project was largely initiated by our researcher Peter Galbusera, Conservation Geneticist at the Antwerp ZOO Center for Research and Conservation (CRC). During a previous study he had already identified the genetic basis for the international breeding programme for deer pigs. The initial research gave Peter and his colleagues such a wealth of information and samples of the hoofed animals of Sulawesi that they were itching to expand the project. They set up a multidisciplinary study, i.e. involving both biologists and geologists, to unravel the biogeography of these unique hoofed animals.

The biologists focused on the animals' genetics and morphology. The geologists concentrated on the structure of the island. The researchers hoped they would be able to discover when Sulawesi acquired its current shape and size. And also how the formation of the island had influenced the evolution of its biodiversity. That evolution  can be identified by molecular clock analysis. "As DNA mutates at a practically constant speed, the genetic difference between two species (or populations) gives an indication of how long ago they evolved as separate species and, therefore, how long ago their last common ancestor lived”, Peter Galbusera explains. The CRC primarily performed analyses of samples from zoo populations and from populations in the wild.

The analyses revealed that the common (species-specific) ancestor of each of the three hoofed animals lived at around the same time, some 1 to 2 million years ago, and that the distribution to other parts of the island therefore also occurred simultaneously. The researchers believe that this distribution was triggered by the emergence of land: it was during this period that sunken parts of the island rose above sea level. Further genetic research also revealed that the original population (approx. 3 million years ago) had lived on the central, higher part of Sulawesi.

Both results indicate that some three to four million years ago just the central part of the island was above water and that it was only two million years ago that the rest of the island was formed. Like Wallace, the researchers were able to draw conclusions about the geology of the region based on their biological background, and with a little help from genetics this time.

Sadly, the populations of these species have fallen sharply in recent years, due to excessive hunting but also to ever more of their habitat being surrendered to agriculture. In collaboration with zoos worldwide, Antwerp ZOO and Planckendael ZOO seek to build up a safety net for these endangered species, in case things go very wrong with the populations in the wild. "That is why well-considered management of zoo populations, including genetic research, is so important. During an earlier study we discovered that the zoo populations of deer pigs actually include two subspecies which used to be able to breed together", says Peter Galbusera. "We believe it is important that research should not only benefit the care and breeding of animals in the ZOO but also of populations in the wild”, Peter concludes. "Only then will zoos be able to fulfil their key role in conservation.” 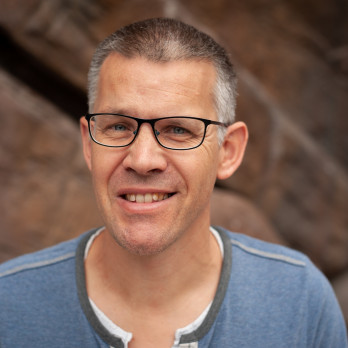