In 2019, Planckendael ZOO adopted a family of Barbary macaques. The seven yellowish-brown monkeys moved into their new enclosure in Moroccan style. The monkeys had been rescued from an illegal breeding centre in Poland in 2017. They were taken in by the AAP foundation and later by the Natuurhulpcentrum (nature help centre) in Opglabbeek. They sought a good home for these animals in need, which they found at Planckendael ZOO. Commissioned by the Centre for Research and Conservation (CRC) of Antwerp ZOO and Planckendael ZOO, a student from the Dutch HAS University of Applied Sciences in Den Bosch spent hours observing the monkeys and concluded that they behave just as they would in the wild, which indicates that they feel content and very much at home in their new home.

The extremely endangered Barbary macaques live in the Atlas mountains of Northern Africa (Morocco and Algeria) at heights of up to 2,000 metres. There are only around 10,000 left, their population having declined by some 65% over the past 30 years. Besides losing much of their natural habitat to humans, the animals are also sold illegally as pets. This also happens in Europe. Then, when their owners no longer want them, they often end up at rescue centres. They are also used in tourism. In touristy places where people can have their photo taken with a monkey, for example.

Animal Welfare Research Coordinator Marina Salas frequently conducts behaviour observations, together with her students, to objectively document the animals’ welfare. This objectively scientific information is particularly important when (new) animals move into a new enclosure as it enables us to gain more insight into their behaviour and how they use their enclosure, and gives us an indication of their well-being. Such observations are crucial to the evaluation and monitoring of our animals’ welfare.

HOW DID THE PROJECT WORK EXACTLY?

The group of Barbary macaques consists of 3 males and 4 females. A student from the Dutch HAS University of Applied Sciences in Den Bosch observed the monkeys for several weeks, collecting over 166 hours of behavioural observations. She did this using a tablet with standardised observation protocols in 'ZooMonitor’, an advanced web application for observing, recording and analysing animal behaviour.

"It allows you to enter which behaviours each individual animal is displaying at any given moment, for example, or which animals are interacting with each other and where they are”, explains Marina Salas, Animal Welfare Research Coordinator at Antwerp ZOO and Planckendael ZOO. "So you can select an individual animal and indicate whether it is climbing or feeding, playing or even sleeping. Recording detailed observations of how the animals interact with each other enables us to analyse their social interactions. Such social interactions are a clear indication of whether or not the animals feel at ease in their new situation."

The new enclosure at Planckendael ZOO is around 2,500 m2 and has various different climbing trees. In the centre is a 7 metre evergreen Atlas cedar. There is also a water garden the Barbary macaques can play in. "Each behavioural observation session of one animal lasted 15 minutes. We also took scans every 5 minutes, noting two things: the mutual distances between each of the animals, because in primates proximity is important. And we noted the exact position of each animal in the enclosure at that particular time, which we can enter in an interactive plan of their enclosure on the tablet", Salas explains.

Planckendael ZOO participates in the European Endangered Species breeding programme but was particularly keen to know how the animals were faring after their bad experiences in the illegal breeding centre in Poland. The animals there were living in poor conditions and inadequate enclosures. "Our observations revealed that they have enough space here and plenty of opportunity to develop normal behaviour”, Salas continues. The behaviour they displayed was more than positive. They groom each other very often indeed, for example, and we observed little aggression, a lot of activity and plenty of play, all of which are good indications. The notes entered into the interactive image map of their enclosure were converted to a 'heat map’, which uses colours to visualise where the animals spent the most time. Together with the behavioural observations, this map enables us to establish whether the animals are making best use of their enclosure and for comparison purposes if, in the future, the group becomes larger and social relationships perhaps change. Should any problems suddenly occur then having all the behaviours well documented would allow us to take up the project again, repeat the observations and compare them with the previous ones. Salas says she is very satisfied with the results of the study. We didn't really know what to expect, because it was the first time we've had these animals and the first time we've had this new enclosure. But I am happy that the animals are doing so very well." 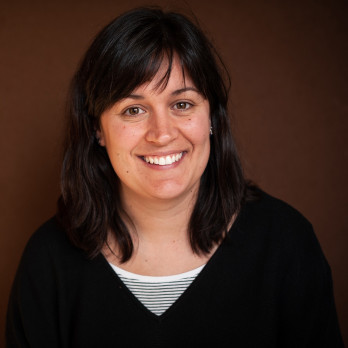